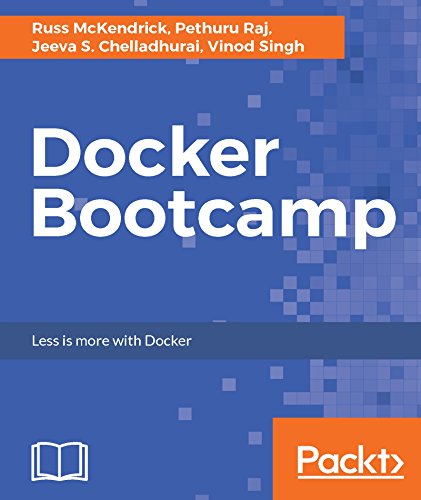 Docker allows you to create a robust and resilient environment to generate portable, composable, scalable, and stable application containers.

The book starts by installing the core Docker Engine on MacOS, Windows 10 and Linux desktops. We will then define multi-container applications and understand the advantages of using containers locally. Once this is done, we will deploy containers on a single Docker host which is publicly accessible. Furthermore, we will learn how to deploy and configure a Docker Swarm cluster and explore networking and storage third-party plugins to extend the core Docker functionality. Towards the end, the book will demonstrate how to monitor and troubleshoot day-to-day problems in addition to various real world examples of container deployments.

Russ is an experienced solution architect who has been working in IT and related industries for the better part of 24 years. During his career, he has had varied responsibilities in many different sectors, ranging from looking after an entire IT infrastructure to providing first-line, second-line, and senior support in both client-facing and internal teams for small and large organizations.

Russ works almost exclusively with Linux, using open source systems and tools across both dedicated hardware & virtual machines hosted in public and private clouds at Node4 Limited, where he heads up the Open Source Solutions team.

In his spare time, he has written three books (including this one) on Docker. "Monitoring Docker" & "Extending Docker" which are both available now from Packt, as well contributing to “Monitoring & Management With Docker & Containers” which was published by The New Stack.

He also buys way too many vinyl records.