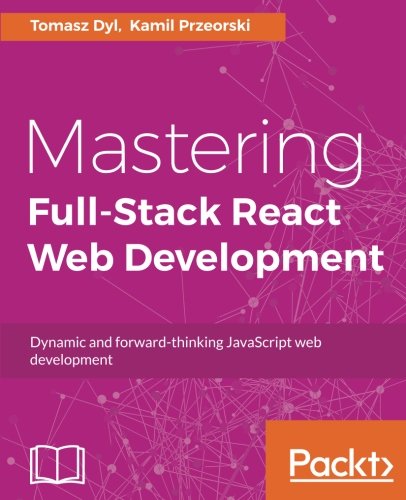 Full-stack web development is being redefined by the impact of ReactJS. If MEAN demonstrated just how effective combining JavaScript frameworks and tools could be for the modern web developer, by replacing Angular with React, developers have an easier way to build isomorphic web applications where code can run on both the client and server.

This book will get you up to speed with one of the latest strategies to meet the demands of today's dynamic and data-intensive web. Combining detailed insights and guidance with practical and actionable information that will ensure you can build a complete isomorphic web app, it's an essential resource for the forward-thinking developer.

You'll see how its flexibility is a core part of any full-stack developer's workflow, as well as learning how to use Mongoose alongside it to make data storage safer and more reliable.

Kamil Przeorski has worked with React since 2014. Along with Tomasz, he is the cofounder of React Poland--the leading company for React developers. In the meantime, besides building the best React team in Poland, he runs two different Facebook groups called Node.js Poland (https://www.facebook.com/groups/nodejsPL/) and ReactJS, React Native, GraphQL (https://web.facebook.com/groups/reactjs.co/)--both groups have around 2000 members.