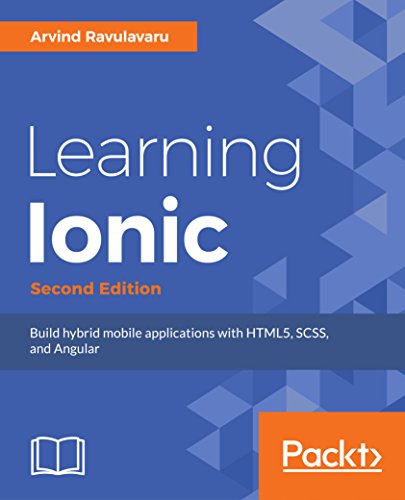 This book is for JavaScript developers with basic skills. No previous knowledge of Ionic is required for this book.

This hands-on guide will help you understand the Ionic framework and how you can leverage it to create amazing real-time applications. We begin by covering the essential features of Angular 2, and then dive straight into how Ionic fits in today’s world of hybrid app development and give you a better understanding of the mobile hybrid architecture along the way.

Further on, you will learn how to work with Ionic decorators, services, and components, which will allow you to build complex apps using the Ionic framework. We will take a look at theming Ionic apps using the built-in SCSS setup. After that, we will explore Ionic Native, and you will learn how to integrate device-specific features, such as notifications, with the Ionic app. To complete our learning, we will be building a Rider app, using Ionic and Uber API, to book a ride.

Next, you will learn how to unit test, end-to-end test, monkey test, and execute device testing on AWS Device farm. Then, we will take a look at migrating the existing Ionic 1 apps to Ionic 2 and deploy them to the App Store. The final chapter on Ionic 3 wraps up this book by explaining the new features of Ionic 3 at the time of writing this book.

By the end of this book, you will be able to develop, deploy, and manage hybrid mobile applications built with Cordova, Ionic, and Angular.

All the examples in this book are valid for both Ionic 2 and Ionic 3.