Evolution of the cerebellar sense of self

Evolution of the cerebellar sense of self 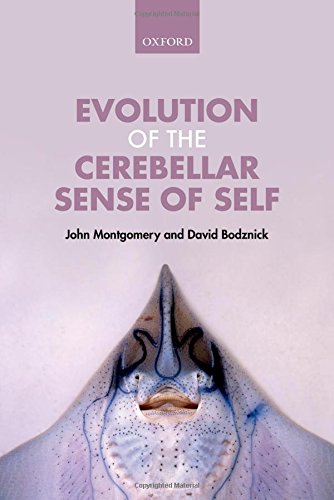 Evolution of the cerebellar sense of self Pdf

The cerebellum is an intriguing component of the brain. In humans it occupies only 10% of the brain volume, yet has approximately 69 billion neurons; that is 80% of the nerve cells in the brain. The cerebellum first arose in jawed vertebrates such as sharks, and sharks in fact have an additional cerebellum-like structure that works as an adaptive filter. The function of shark cerebellum-like structures is to discriminate 'self' from 'other' in sensory inputs. With the evolution of the true cerebellum the adaptive filter functionality was adopted for motor control and paved the way for athleticism and movement finesse that we see in swimming, running, climbing and flying vertebrates.

This book wil be of interest to neuroscientists, neurologists and psychologists, in addition to computer scientists, and engineers concerned with machine/human interactions and robotics.