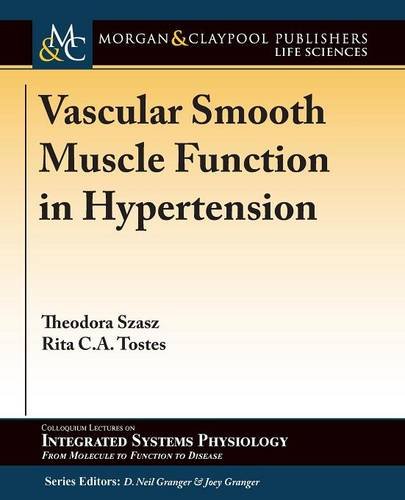 Hypertension is defined by an increase in systemic blood pressure above limits considered normal, currently set at 140 mmHg for systolic and 90 mmHg for diastolic pressure. Assuming central venous pressure to be near zero, mean arterial pressure is determined by the product of total peripheral resistance and cardiac output. In most cases of essential hypertension, as well as in animal models of hypertension, cardiac output and its main determinants, stroke volume and heart rate, are normal, whereas total peripheral resistance is increased. Total peripheral resistance is influenced by a number of factors described by the Poiseuille's law, the most significant of which by far is the diameter of blood vessels of the arterial tree. Since blood vessel diameter is a reflection of both vascular structure and active regulation of vascular tone through mechanisms of vasoconstriction and vasodilatation, it is generally considered that alterations in total peripheral resistance are directly determined by alterations in vascular smooth muscle structure and/or function. Thus, complex blood pressure regulation systems, including renal, nervous, endocrine, immune, and others, in their turn influenced by genetic or environmental factors, converge upon the same molecular mechanisms that control the structure and function of vascular smooth muscle. In this work, rather than providing the exhaustive list of modifications in the blood pressure regulating systems that ultimately affect the vasculature in hypertension, we will focus on the structural and functional alterations of vascular smooth muscle per se during hypertension.