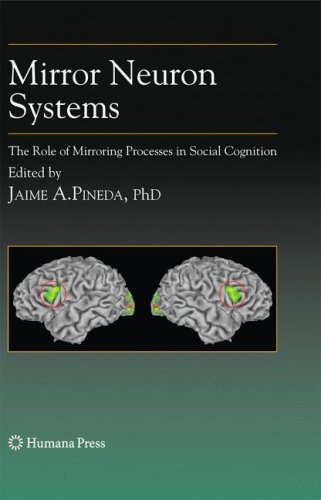 The aim of this book is to bring together social scientists, cognitive scientists, psychologists, neuroscientists, neuropsychologists and others to promote a dialogue about the variety of processes involved in social cognition, as well as the relevance of mirroring neural systems to those processes. Social cognition is a broad discipline that encompasses many issues not yet adequately addressed by neurobiologists. Yet, it is a strong belief that framing these issues in terms of the neural basis of social cognition, especially within an evolutionary perspective, can be a very fruitful strategy. This book includes some of the leading thinkers in the nascent field of mirroring processes and reflects the authors’ attempts to till common ground from a variety of perspectives. The book raises contrary views and addresses some of the most vexing yet core questions in the field – providing the basis for extended discussion among interested readers and laying down guidelines for future research. It has been argued that interaction with members of one’s own social group enhances cognitive development in primates and especially humans (Barrett & Henzi, 2005). Byrne and Whiten (1988), Donald (1991), and others have speculated that abilities such as cooperation, deception, and imitation led to increasingly complex social interactions among primates resulting in a tremendous expansion of the cerebral cortex. The evolutionary significance of an imitation capability in primates is matched by its ontological consequences.