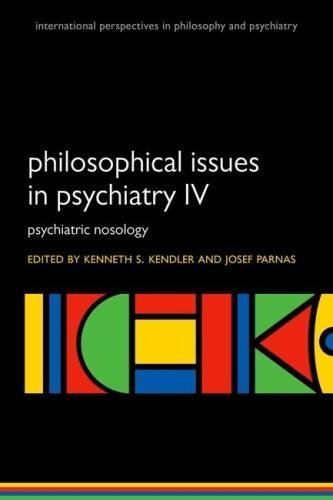 The revisions of both DSM-IV and ICD-10 have again focused the interest of the field of psychiatry and clinical psychology on the issue of nosology. This interest has been further heightened by a series of controversies associated with the development of DSM-5 including the fate of proposed revisions of the personality disorders, bereavement, and the autism spectrum. Major debate arose within the DSM process about the criteria for changing criteria, leading to the creation of first the Scientific Review Committee and then a series of other oversight committees which weighed in on the final debates on the most controversial proposed additions to DSM-5, providing important influences on the final decisions. Contained within these debates were a range of conceptual and philosophical issues. Some of these - such as the definition of mental disorder or the problems of psychiatric "epidemics" - have been with the field for a long time. Others - the concept of epistemic iteration as a framework for the introduction of nosologic change - are quite new.

This book reviews issues within psychiatric nosology from clinical, historical and particularly philosophical perspectives. The book brings together a range of distinguished authors - including major psychiatric researchers, clinicians, historians and especially nosologists - including several leaders of the DSM-5 effort and the DSM Steering Committee. It also includes contributions from psychologists with a special interest in psychiatric nosology and philosophers with a wide range of orientations. The book is organized into four major sections:

The result is a book that captures the dynamic cross-disciplinary interactions that characterize the best work in the philosophy of psychiatry.