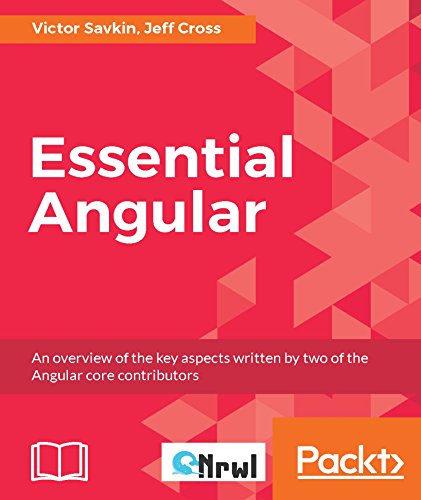 Essential Angular is a concise, complete overview of the key aspects of Angular, written by two Angular core contributors. The book covers the framework's mental model, its API, and the design principles behind it. This book is fully up to date with the latest release of Angular.

Essential Angular gives you a strong foundation in the core Angular technology. It will help you put all the concepts into the right places so you will have a good understanding of why the framework is the way it is. Read this book after you have toyed around with the framework, but before you embark on writing your first serious Angular application.

This book covers concepts such as the differences between Just-In-Time (JIT) and Ahead-Of-Time (AOT) compilation in Angular, alongside NgModules, components and directives. It also goes into detail on Dependency Injection and Change Detection: essential skills for Angular developers to master. The book finishes with a look at testing, and how to integrate different testing methodologies in your Angular code.

Victor Savkin and Jeff Cross are core contributors to the Angular projects.

Victor Savkin has been on the Angular team since the inception of Angular 2. Victor developed dependency injection, change detection, forms, and the router.

Jeff Cross was one of the earliest core team members on Angular 1. He developed the Angular 2 HTTP and AngularFire2 modules, contributed to RxJS 5, and was most recently the Tech Lead of the Angular Mobile team at Google.

Victor and Jeff are founder of Nrwl, a company providing Angular consulting for enterprise customers, from core team members.