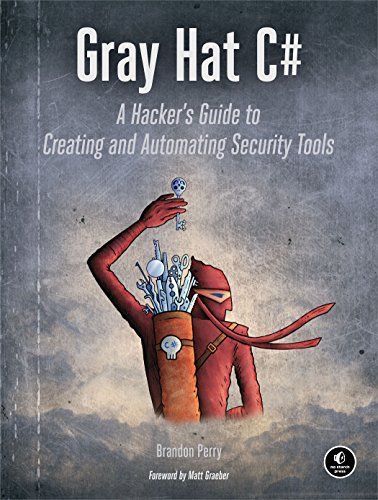 Learn to use C#'s powerful set of core libraries to automate tedious yet important tasks like fuzzing, performing vulnerability scans, and analyzing malware. With some help from Mono, you'll write your own practical security tools that will run on Windows, OS X, Linux, and even mobile devices.

After a crash course in C# and some of its advanced features, you'll learn how to:

Streamline and simplify your workday by making the most of C#'s extensive repertoire of powerful tools and libraries with Gray Hat C#.