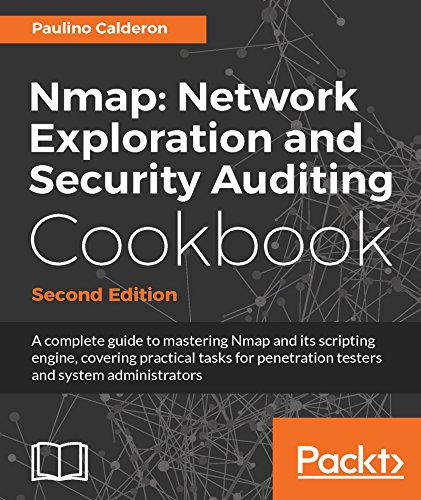 This update to Nmap 6: Network Exploration and Security Auditing Cookbook brings you the latest enhancements and features of Nmap 7. Using practical recipes, we’ll help you get to grips with the latest changes in Nmap Scripting Engine and other functionalities.

To start, you’ll learn about the new scripts and libraries that Nmap 7 has to offer, which support various platform and operating systems. We’ll show you how to scan faster and generate reports with the performance boost in Nmap 7. You will also be able to scan Windows machines and ICS/SCADA systems to detect common misconfigurations and vulnerabilities, and to obtain information. Finally, you will be able to create your own Nmap Scripting Engine scripts to expand the capabilities of Nmap. It also shows you how to leverage the enhanced functionalities of Nmap 7.

He is the co-founder of Websec, a company based in Canada and Mexico offering pentesting, source code auditing, and vulnerability assessment services. Today, some of his software is used by millions around the world and has become a regular contributor to the open source community. He still loves learning new technologies and conducting big data research. He also loves attending IT events and has given talks and held workshops in Canada, the United States, Mexico, and South America.

In the summer of 2011, Paulino joined the Nmap development team as part of Google's Summer of Code program to work as a NSE developer. He focused on improving the web scanning capabilities of Nmap and has kept on contributing to the project since then. In 2015, he was part of Google’s Summer of Code program again, but this time mentoring a student dedicated to vulnerability detection and exploitation.


R for Everyone: Advanced Analytics and Graphics
PostgreSQL: Up and Running