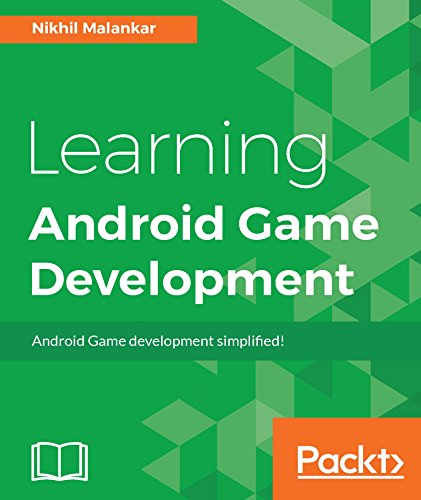 In this book, we'll start with installing Android studio and its components, and setting it up ready for Android N. We teach you how to take inputs from users, create images and interact with them, and work with sprites to create animations. You'll then explore the various collision detection methods and use sprites to create an explosion. Moving on, you'll go through the process of UI creation and see how to create buttons as well as display the score and other parameters on screen.

By the end of the book, you will have a working example and an understanding of a 2D platform game like Super Mario and know how to convert your 2D games to 3D games.

Nikhil Malankar started his journey into game development in 2011 by founding his company, GameEon, as the CEO, at the age of 17. GameEon has developed over 70+ games, of which 10 are available for download on Play Store and others are distributed worldwide via multiple distribution channels. Currently, he is running his new company--Next Move Digital--as the founder and CEO. Next Move Digital deals in digital media and game development.

He has a total experience of 5 years in the field of game development and has worked on technologies such as Pygame (a subset of Python) to create GameEon's first game, Kyte - Kite Flying Game, which has over 300,000 downloads on Google Play. He is also familiar with the Unity Game engine and has developed most of the games at GameEon in the same. He has also worked with Unreal Engine 4 to develop Special Ops, a first person shooter game for Android and iOS.

He has also developed non-gaming apps and websites for clients. At GameEon, he also worked with multiple clients to develop games for them, and one of the most famous brands he has worked with is m-Indicator. He is also a social media influencer with a big following of his own on Facebook and is extremely passionate about playing games. With Next Move Digital, he aims to work on content creation, distribution, and licensing. He also operates a content website--Tell Me Nothing--under Next Move Digital, which focuses on lighthearted satirical content. His future endeavors with the company include making good-quality games for PC and console platforms.

Currently, he is running Next Move Digital, as the Founder and CEO, that focuses on creating digital media content.