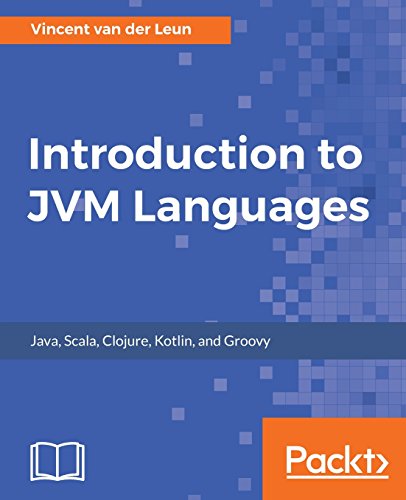 Anyone who knows software development knows about the Java Virtual Machine (JVM), it is responsible for interpreting Java byte code and translating it into actions. In the beginning, Java was the only programming language used for the JVM. However, increasing the complexity of the language and improving the performance of the JVM created an opening for a new generation of programming languages.

If you want to build a strong foundation with the JVM and get started with popular modern programming languages, then this book is for you. It begins with a general introduction to JVM and the features common to the JVM languages, helping you keep abreast of its concepts.

It then dives into explaining languages such as Java, Scala, Kotlin, Clojure, and Groovy. It shows you how to work with each language, plus their features, use cases, and the pros and cons. By writing example projects in those languages and focusing on each language's strong points, we will help you find the programming language that is most appropriate for your particular needs.

By the end of the book, you will have written multiple programs that run on JVM and know about the differences between the various languages.