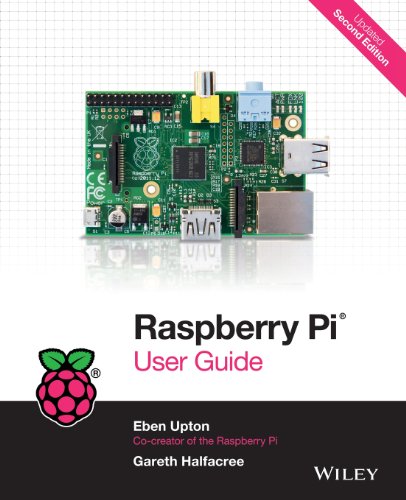 The essential guide to getting started with the Raspberry Pi ®

The Raspberry Pi has been a success beyond the dream of its creators. Their goal, to encourage a new generation of computer programmers who understand how computers work, is well under way.

Raspberry Pi User Guide 2e is the newest edition of the runaway bestseller written by the Pi’s co-creator, Eben Upton, and tech writer Gareth Halfacree. It contains everything you need to know to get the Pi up and running, including how to:

Updated to cover the release of the Camera Board, the introduction of the Pi Store, NOOBS and much more, Raspberry Pi User Guide 2nd edition is the perfect companion for getting the most out of the computing phenomenon, the Raspberry Pi.