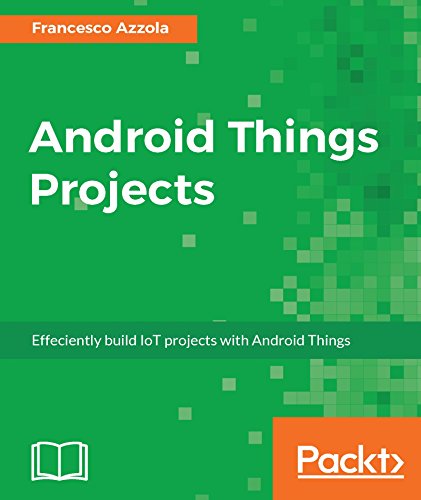 With this book, you will be able to take advantage of the new Android framework APIs to securely build projects using low-level components such as sensors, resistors, capacitors, and display controllers. This book will teach you all you need to know about working with Android Things through practical projects based on home automation, robotics, IoT, and so on. We'll teach you to make the most of the Android Things and build enticing projects such as a smart greenhouse that controls the climate and environment automatically. You'll also create an alarm system, integrate Android Things with IoT cloud platforms, and more.

By the end of this book, you will know everything about Android Things, and you'll have built some very cool projects using the latest technology that is driving the adoption of IoT. You will also have primed your mindset so that you can use your knowledge for profitable, practical projects.

Francesco Azzola is an electronic engineer with over 15 years of experience in computer programming and JEE architecture. He is SCEA certified (Sun Certified Enterprise Architect), SCWCD, and SCJP. He is an Android and IoT enthusiast. He loves creating IoT projects using Arduino, Raspberry Pi, Android, and other platforms.

He is interested in the convergence between IoT and mobile applications. Previously, he worked in the mobile development field for several years. He has created a blog called survivingwithandroid,where he shares posts about coding in Android and IoT projects.