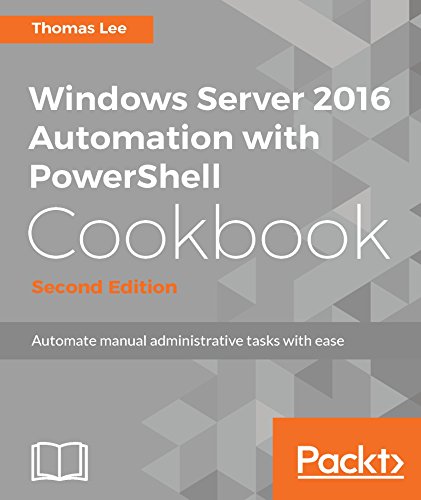 The last module covers Azure and DSC, where you will use Azure on PowerShell and DSC to easily maintain Windows servers.

Thomas Lee is a consultant/trainer/writer from England and has been in the IT business since the late 1960's. After graduating from Carnegie Mellon University, Thomas joined ComShare where he was a systems programmer building the Commander II time-sharing operating system, a forerunner of today's Cloud computing paradigm. He moved to Comshare UK in 1975 and later went to work for ICL, again developing operating systems. After a sabbatical in 1980/81, he joined Arthur Andersen Management Consultants (now known as Accenture). He left in 1988 to run his own consulting and training business, which is still active today.

Thomas holds numerous Microsoft certifications, including MCSE (one of the first in the world) and later versions, MCT (22 years), and was awarded Microsoft's MVP award 17 times. He is also a Fellow of the British Computer Society. He has written extensively for the UK trade press, including PC Pro.

Today, Thomas writes and talks mainly on PowerShell and Azure. He currently works for a number of clients to deliver training and to build training courses. Having traveled the world, he entered semi-retirement in 2016 and is spending more time at his cottage in the English countryside, along with his wife, Susan, and their daughter, Rebecca. He continues to give back to the community and spends a lot of time as group administrator for the PowerShell forum on Spiceworks, where he is also a Moderator.