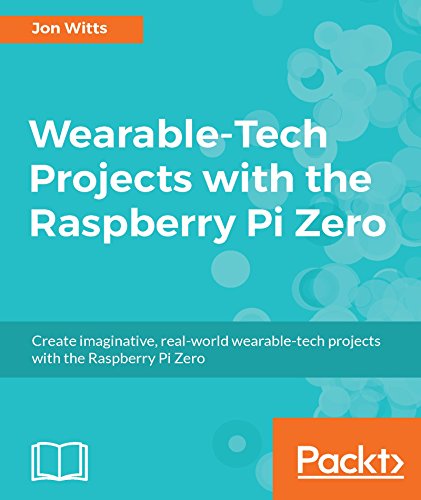 With Wearable-Tech Projects with the Raspberry Pi Zero, you will begin with learning how to install the required software for your upcoming projects. You will also learn how to control electronic devices with the GPIOZero Python library. Next, you will be creating some stylish wearable-tech projects such as a motion-reactive LED cap and a Tweet-activated LED T-shirt.

Toward the end of the book, you will be creating some useful health and fitness wearable-tech projects; these will help you monitor your heart rate, track your movements with GPS, and count your footsteps with your own pedometer.

By the end of the book, you will have created a range of wearable-tech projects and learned enough about your Raspberry Pi Zero that you should be able to adapt these projects further or come up with your own creations!

Jon Witts has been working within the IT industry since 2001, and specifically within Educational IT since 2004. He was introduced to Linux back in 2001, through his collaboration with two German artists who were visiting the arts organization he was then working with. Having studied both Fine Art and Educational Technology, he has sought to innovate with open and accessible digital technologies within his creative practice. Jon is happiest when deconstructing technology and finding its limits.

Jon has embedded within his school the use of Raspberry Pi computers as an integral part of the delivery of the school's Computer Science curriculum. Being a Raspberry Pi Certified Educator, Jon runs various school clubs and projects, such as a Raspberry Pi Robot Building club. Jon also organizes and runs Raspberry Jam events in the 2017 UK City of Culture, Kingston upon Hull.