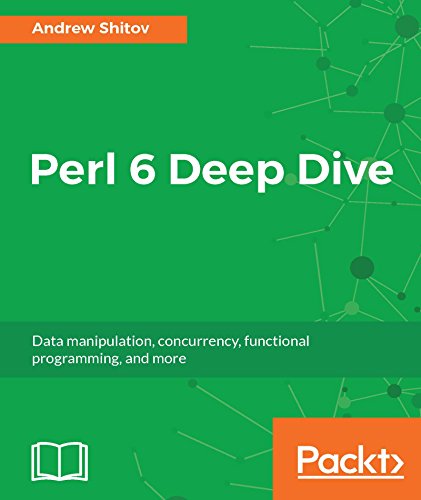 Perl is a family of high-level, general-purpose, interpreted, dynamic programming languages consisting of Perl 5 and Perl 6. Perl 6 helps developers write concise and declarative code that is easy to maintain.

This book is an end-to-end guide that will help non-Perl developers get to grips with the language and use it to solve real-world problems.

Beginning with a brief introduction to Perl 6, the first module in the book will teach you how to write and execute basic programs. The second module delves into language constructs, where you will learn about the built-in data types, variables, operators, modules, subroutines, and so on available in Perl 6. Here the book also delves deeply into data manipulation (for example, strings and text files) and you will learn how to create safe and correct Perl 6 modules. You will learn to create software in Perl by following the Object Oriented Paradigm. The final module explains in detail the incredible concurrency support provided by Perl 6. Here you will also learn about regexes, functional programming, and reactive programming in Perl 6.

By the end of the book, with the help of a number of examples that you can follow and immediately run, modify, and use in practice, you will be fully conversant with the benefits of Perl 6.

Andrew Shitov has been a Perl enthusiast since the end of the 1990s, and is the organizer of over 30 Perl conferences in eight countries. He worked as a developer and CTO in leading web-development companies, such as Art. Lebedev Studio, Booking dotCom, and eBay, and he learned from the "Fathers of the Russian Internet", Artemy Lebedev and Anton Nossik.

Andrew has been following the Perl 6 development since its beginning in 2000. He ran a blog dedicated to the language, published a series of articles in the Pragmatic Perl magazine, and gives talks about Perl 6 at various Perl events. In 2017, he published the Perl 6 at a Glance book by DeepText, which was the first book on Perl 6 published after the first stable release of the language specification.