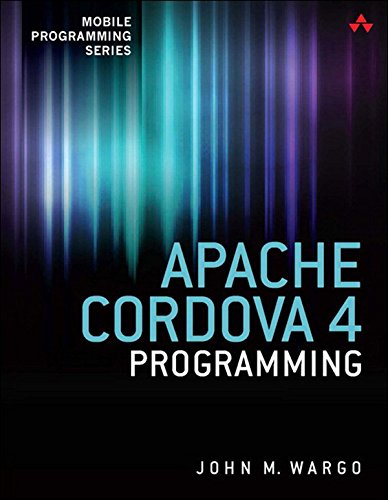 Using Apache Cordova 4, you can leverage native technologies and web standards to quickly build cross-platform apps for most mobile devices. You can deliver a high-end user experience where it matters, while radically simplifying code maintenance and reuse. Apache Cordova 4 Programming is the most concise, accessible introduction to this remarkable technology.

In this essential guide, expert mobile developer John Wargo quickly gets you up to speed with all the essentials, from installation, configuration, and tools, to building plugins and using Cordova’s powerful APIs. Wargo helps you make the most of Cordova 4’s major enhancements, while offering practical guidance for all versions, including Adobe PhoneGap. Full chapters are dedicated to five major mobile platforms: Android, iOS, Windows Phone, Firefox OS, and Ubuntu.

Using rich, relevant examples, Wargo guides you through both the anatomy of a Cordova app and its entire lifecycle, including cross-platform testing and debugging. Throughout, he illuminates Cordova development best practices, streamlining your development process and helping you write high-quality apps right from the start.