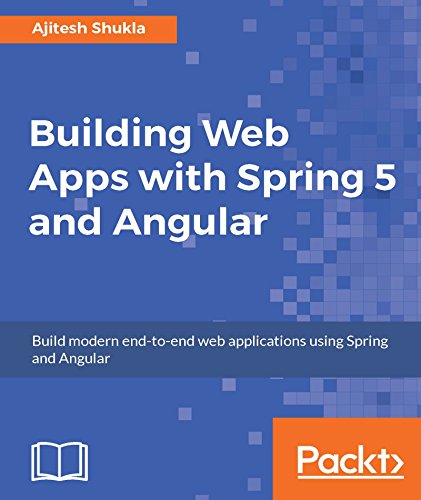 A complete guide to build robust and scalable web applications with Spring and Angular.

This book is targeted towards Java Web Developers with a basic knowledge of Spring who want to build complete web applications in a fast and effective way. They will want to gain a stronghold on both frontend and backend development to advance in their careers.

Spring is the most popular application development framework being adopted by millions of developers around the world to create high performing, easily testable, reusable code. Its lightweight nature and extensibility helps you write robust and highly-scalable server-side web applications. Coupled with the power and efficiency of Angular, creating web applications has never been easier.

If you want build end-to-end modern web application using Spring and Angular, then this book is for you.

The book directly heads to show you how to create the backend with Spring, showing you how to configure the Spring MVC and handle Web requests. It will take you through the key aspects such as building REST API endpoints, using Hibernate, working with Junit 5 etc. Once you have secured and tested the backend, we will go ahead and start working on the front end with Angular. You will learn about fundamentals of Angular and Typescript and create an SPA using components, routing etc. Finally, you will see how to integrate both the applications with REST protocol and deploy the application using tools such as Jenkins and Docker.

This is a straightforward guide that shows how to build a complete web application in Angular and Spring.