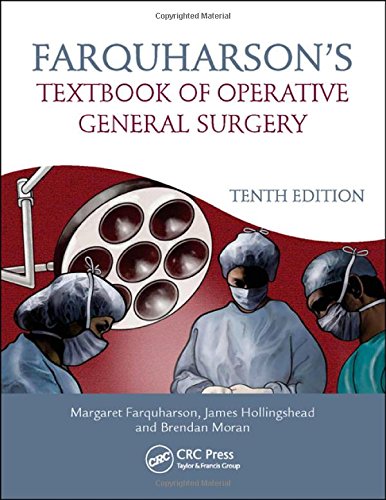 Sixty years after its first publication, Farquharson's Textbook of Operative General Surgery remains firmly established as a classic textbook for general surgeons throughout the world, whether they are just embarking on training or are well established in their career. This tenth edition has been fully revised and updated, while retaining the core philosophy that has ensured its popularity over six decades?to provide an authoritative guide to operative surgery for the general surgeon in a manageable single volume.

Farquharson's Textbook of Operative General Surgery covers not only basic techniques for the junior trainee but also the common operations in the general surgical subspecialties that are likely to be encountered during higher surgical training. In addition, the book describes procedures for the general surgeon in a remote hospital, who may have to operate outside his or her specialty and offer a limited service in orthopaedics, neurosurgery, urology or obstetrics.