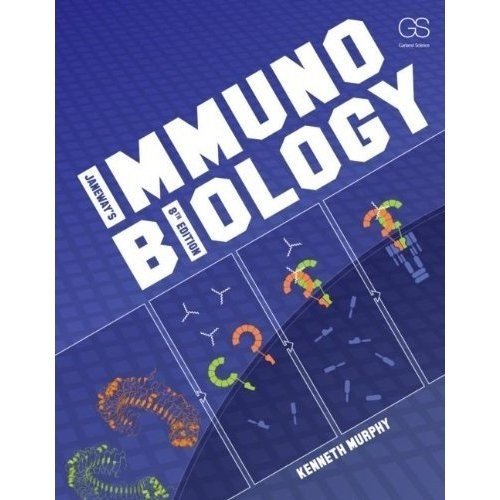 Janeway’s Immunobiology is a textbook that introduces the immune system in all its aspects to undergraduates, and also provides a treatment of the subject that is comprehensive enough to be useful to graduate students interested in research, and to medical students focused on clinical applications. The Eighth Edition has been thoroughly revised and updated and is available in both print and e-book formats.

Janeway’s Immunobiology continues to set the standard for currency and authority with its clear writing style and organization, uniform art program, and scientific accuracy. It presents a consistent point of view throughout?that of the host’s interaction with an environment containing many species of potentially harmful microorganisms. The full-color art program is conceptually coherent and illustrates the processes and mechanisms underlying the concepts in the text. The 16 chapters in this readable, accessible textbook are organized and presented in such a way as to help deliver a complete one-semester immunology course, beginning with innate immunity, then moving to adaptive immunity, and ending with applied clinical immunology.

Discussion questions are provided at the end of Chapters 2 to 16. These questions can be used for review, or as the basis for discussion in class or in informal study groups. Summaries conclude each section and each chapter. As in previous editions, a caduceus icon in the margins indicates topics which are correlated to Case Studies in Immunology, Sixth Edition by Geha and Notarangelo.

New in the Eighth Edition