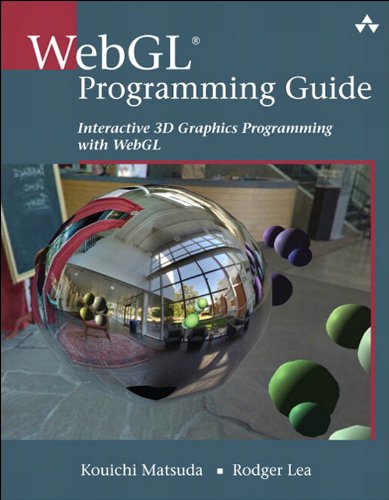 Using WebGL®, you can create sophisticated interactive 3D graphics inside web browsers, without plug-ins. WebGL makes it possible to build a new generation of 3D web games, user interfaces, and information visualization solutions that will run on any standard web browser, and on PCs, smartphones, tablets, game consoles, or other devices. WebGL Programming Guide will help you get started quickly with interactive WebGL 3D programming, even if you have no prior knowledge of HTML5, JavaScript, 3D graphics, mathematics, or OpenGL.

You’ll move from basic techniques such as rendering, animating, and texturing triangles, all the way to advanced techniques such as fogging, shadowing, shader switching, and displaying 3D models generated by Blender or other authoring tools. This book won’t just teach you WebGL best practices, it will give you a library of code to jumpstart your own projects.

This is the newest text in the OpenGL Technical Library, Addison-Wesley’s definitive collection of programming guides an reference manuals for OpenGL and its related technologies. The Library enables programmers to gain a practical understanding of OpenGL and the other Khronos application-programming libraries including OpenGL ES and OpenCL. All of the technologies in the OpenGL Technical Library evolve under the auspices of the Khronos Group, the industry consortium guiding the evolution of modern, open-standards media APIs.