Algorithms and Networking for Computer Games 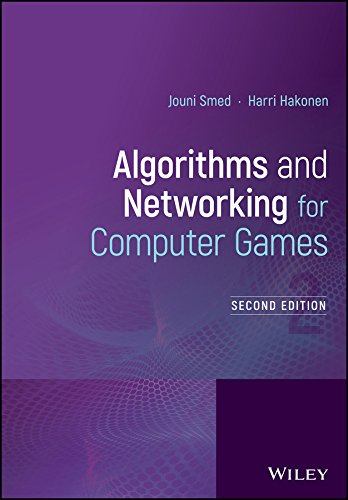 The essential guide to solving algorithmic and networking problems in commercial computer games, revised and extended

Algorithms and Networking for Computer Games, Second Edition is written from the perspective of the computer scientist. Combining algorithmic knowledge and game-related problems, it explores the most common problems encountered in game programing.

The first part of the book presents practical algorithms for solving “classical” topics, such as random numbers, procedural generation, tournaments, group formations and game trees. The authors also focus on how to find a path in, create the terrain of, and make decisions in the game world.

The second part introduces networking related problems in computer games, focusing on four key questions: how to hide the inherent communication delay, how to best exploit limited network resources, how to cope with cheating and how to measure the on-line game data.

Thoroughly revised, updated, and expanded to reflect the many constituent changes occurring in the commercial gaming industry since the original, this Second Edition, like the first, is a timely, comprehensive resource offering deeper algorithmic insight and more extensive coverage of game-specific networking problems than ordinarily encountered in game development books.

Algorithms and Networking for Computer Games, Second Edition is a must-have resource for advanced undergraduate and graduate students taking computer game related courses, postgraduate researchers in game-related topics, and developers interested in deepening their knowledge of the theoretical underpinnings of computer games and in learning new approaches to game design and programming.