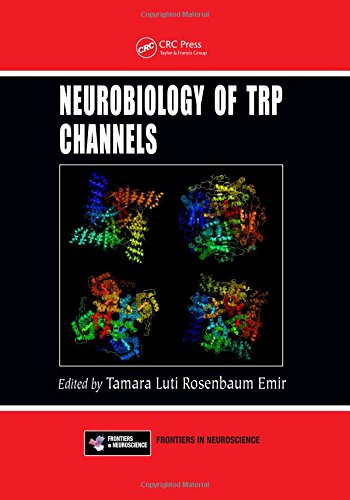 During the last two decades, there has been an explosion of research pertaining to the molecular mechanisms that allow for organisms to detect different stimuli that is an essential feature for their survival. Among these mechanisms, living beings need to be able to respond to different temperatures as well as chemical and physical stimuli.

Thermally activated ion channels were proposed to be present in sensory neurons in the 1980s, but it was not until 1997 that a heat- and capsaicin- activated ion channel, TRPV1, was cloned and its function described in detail. This groundbreaking discovery led to the identification and characterization of several more proteins of the family of Transient Receptor Potential (TRP) ion channels.

Intensive research has provided us with the atomic structures of some of these proteins, as well as understanding of their physiological roles, both in normal and pathological conditions. With chapters contributed by renowned experts in the field, Neurobiology of TRP Channels contains a state- of- the- art overview of our knowledge of TRP channels, ranging from structure to their functions in organismal physiology.

• Contains chapters on the roles of several TRP ion channels with a diversity of physiological functions, providing a complete picture of the widespread importance of these proteins.

• Presents an overview of the structure of TRP channels, including the roles of these proteins in different physiological processes.

• Discusses the roles of TRP channels in pathophysiological processes, further highlighting their importance.

A volume in the Frontiers in Neuroscience series