Cybersecurity and Human Rights in the Age of Cyberveillance

Cybersecurity and Human Rights in the Age of Cyberveillance 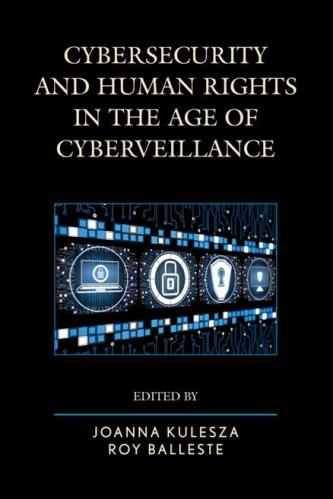 Cybersecurity and Human Rights in the Age of Cyberveillance Pdf

Cybersecurity and Human Rights in the Age of Cyberveillance is a collection of articles by distinguished authors from the US and Europe and presents a contemporary perspectives on the limits online of human rights. By considering the latest political events and case law, including the NSA PRISM surveillance program controversy, the planned EU data protection amendments, and the latest European Court of Human Rights jurisprudence, it provides an analysis of the ongoing legal discourse on global cyberveillance.

Using examples from contemporary state practice, including content filtering and Internet shutdowns during the Arab Spring as well as the PRISM controversy, the authors identify limits of state and third party interference with individual human rights of Internet users. Analysis is based on existing human rights standards, as enshrined within international law including the Universal Declaration of Human Rights, International Covenant on Civil and Political Rights, European Convention on Human Rights and recommendations from the Human Rights Council. The definition of human rights, perceived as freedoms and liberties guaranteed to every human being by international legal consensus will be presented based on the rich body on international law.