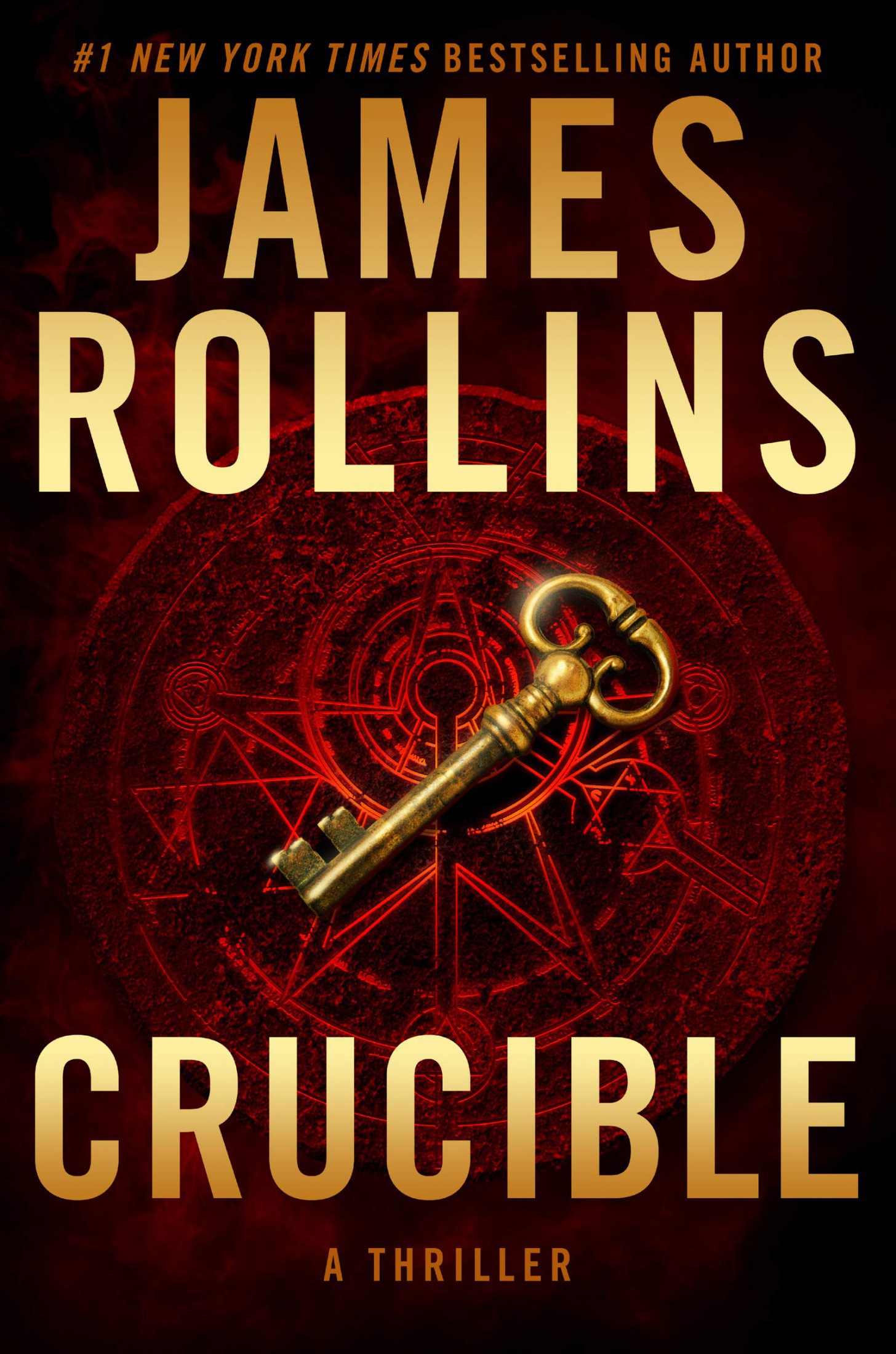 In the race to save one of their own, Sigma Force must wrestle with the deepest spiritual mysteries of mankind in this mind-expanding adventure from the #1?New York Timesbestselling author, told with his trademark blend of cutting edge science, historical mystery, and pulse-pounding action.

Arriving home on Christmas Eve, Commander Gray Pierce discovers his house ransacked, his pregnant lover missing, and his best friend?s wife, Kat, unconscious on the kitchen floor. With no shred of evidence to follow, his one hope to find the woman he loves and his unborn child is Kat, the only witness to what happened. But the injured woman is in a semi-comatose state and cannot speak?until a brilliant neurologist offers a radical approach to "unlock" her mind long enough to ask a few questions. What Pierce learns from Kat sets Sigma Force on a frantic quest for answers that are connected to mysteries reaching back to the Spanish Inquisition and to one of the most reviled and blood-soaked books in human history?a Medieval text known as the?Malleus Maleficarum, the?Hammer of Witches. What they uncover hidden deep in the past will reveal a frightening truth in the present and a future on the brink of annihilation, and force them to confront the ultimate question: What does it mean to have a soul? ** Review "Superb and scintillating...Rollins shades Crucible with equal measures of science and speculation, mixed in typically brilliant fashion and propelling him past the likes of Wilbur Smith and Alistair MacLean to claim the mantle of the greatest action-adventure writer of this or any generation." -- Providence Journal "With his latest Sigma Force adventure, James Rollins shows yet again why he’s the heir apparent to the throne previously held by Michael Crichton . . . Crucible is a riveting thriller that’ll stay with readers for a very long time." --TheRealBookSpy "[Crucible] is a wild ride...a rollercoaster of raucous events...from a technothriller to a medical suspense story to a shoot-’em-up adventure..." -- St. Louis Post-Dispatc "[Crucible] is a gripping story about science’s future that is rooted in history....As usual, Rollins knows about strong storytelling." -- South Florida Sun Sentinel From the Author About James Rollins JAMES ROLLINS is a #1 New York Times bestselling author of international thrillers that have been translated into more than forty languages. Known for unveiling unseen worlds, scientific breakthroughs, and historical secrets, Rollins’ knack for breakneck pacing and stunning originality has been hailed by critics and embraced by scores of millions of readers around the world. The Critics Rave The New York Times says that his "roguish charm comes from his efforts to persuade readers the story is credible [through] real-life sources for his novel’s science, history and geography." Rollins’ rare blend of action, suspense, and knowledge was also mentioned by the Huffington Post, which stated that "After Crichton passed away in 2008 he clearly passed the baton to James Rollins, who like Crichton, is a renaissance man." NPR calls his work "adventurous and enormously engrossing..." and the New York Journal of Books had this to say: "If you’re a fan of smart, entertaining adventure fiction, this is your summer beach read writ large....All the science, all the history, and all the locations are masterfully intertwined. The characters are multi-dimensional. And the story is, well, a corker." The Story Teller’s Story As a boy immersed in the scientific adventures of Doc Savage, the wonders of Jules Verne and H.G. Wells, and pulps such as The Shadow, The Spider, and The Avenger, James Rollins decided he wanted to be a writer. He honed his storytelling skills early, spinning elaborate tales that were often at the heart of pranks played on his brothers and sisters. Before he would set heroes and villains on harrowing adventures, Rollins embarked on a career in veterinary medicine, graduating from the University of Missouri and establishing a successful veterinary practice. This hands-on knowledge of medicine and science helps shape the research and scientific speculation that set James Rollins books apart. Explosive Page-Turning Adventures The exotic locales of James Rollins novels have emerged as a hybrid between imagination, research, and his extensive travels throughout the United States and Europe, as well as New Zealand, the South Pacific, China, Southeast Asia, Africa, Australia, and South America. Recent jaunts include book tours and stops across the country and several European nations to give talks, seminars, and media interviews.In recent years, much of James’ travel has involved meeting readers in small and large groups, at writing and fan conferences, and even aboard seagoing "seminars." James’ mentoring and coaching skills have made him a sought after writing instructor and guest speaker for workshops, symposia, conventions, and other forums throughout the country. James Rollins is the author of nine thrillers in the bestselling Sigma Force series (Sandstorm, Map of Bones, Black Order, The Judas Strain, The Last Oracle, The Doomsday Key, The Devil Colony, Bloodline, and The Eye of God); six individual adventure thrillers; and the Jake Ransom middle grade series (Jake Ransom and the Skull King’s Shadow, Jake Ransom and the Howling Sphinx.)