libribook /
Solace of the Road
/ 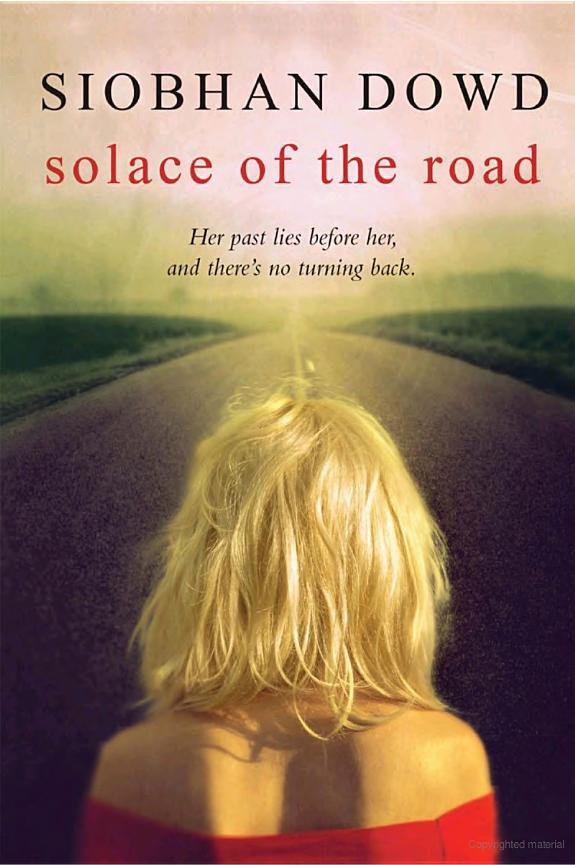 From School Library Journal Starred Review. Grade 9 Up—Holly Hogan, 14, lives in a facility for troubled youth in England. Her dream is to return to Ireland, her birthplace, and reunite with her mother. When she is placed in a foster home, the dream resurfaces as she finds and tries on the woman’s blond wig. Suddenly, Holly is gone and in walks Solace, a devil-may-care older version of herself, with "slim-slam hips" and the world at her feet. The name Solace comes from a winning horse Holly supposedly chose when her mother bet on horses. As Solace, the teen sets off on the road to ruin as she begins a runaway journey. All the while, her faded memories turn all too gritty as she remembers the true behavior and treatment she received at her mother’s hands. She meets a variety of strangers, some kinder than others. And she does indeed make it to Ireland almost at the cost of her life. Through her alter-ego, Holly rediscovers herself and embraces the promise of a better life than the one she has been dealt. Written with dialect of both the English and Irish, the story has some words or phrases that may be unfamiliar to some readers. However, there is nothing to detract from the emotional power of this beautiful novel. Readers will keenly feel Holly’s hurt, rage, confusion, sorrow, humor, and hunger for a sense of home, a sense of peace.—Tracy Weiskind, Chicago Public Library END