libribook /
The fate of liberty : Abraham Lincoln and civil liberties
/ 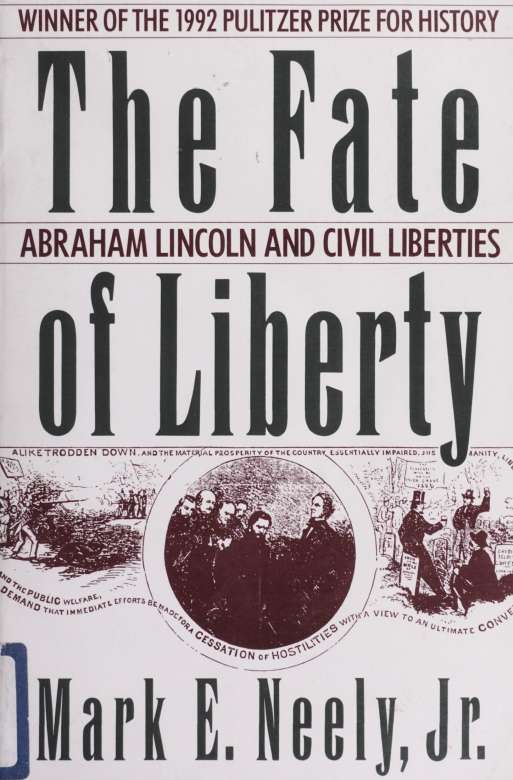 "In the Pulitzer Prize-winning The Fate of Liberty, Mark Neely -- one of America’s leading authorities on Lincoln -- explores the whole range of Lincoln’s constitutional policies, examining his controversial restriction of civil liberties and the abuses of power that arose under martial law." "Neely depicts Lincoln’s suspension of habeas corpus as a well-intentioned attempt to deal with a floodtide of unforeseen events -- from the disintegrating public order in the border states to the outcry against the first draft in U.S. history. Drawing on letters from prisoners, records of military courts and federal prisons, memoirs, and federal archives, he paints a vivid picture of how Lincoln responded to these problems, how his policies were actually executed, and the virulent political debates that followed. Lincoln emerges from this account with his legendary statesmanship intact -- mindful of political realities and prone to temper the sentences of military courts, concerned not with persecuting his opponents but with prosecuting the war efficiently." "Written with keen insight and an intimate grasp of the original sources, The Fate of Liberty brings to life the crises and chaos of a nation at war with itself, changing our understanding of Lincoln and his most controversial policies. Book jacket."--Jacket